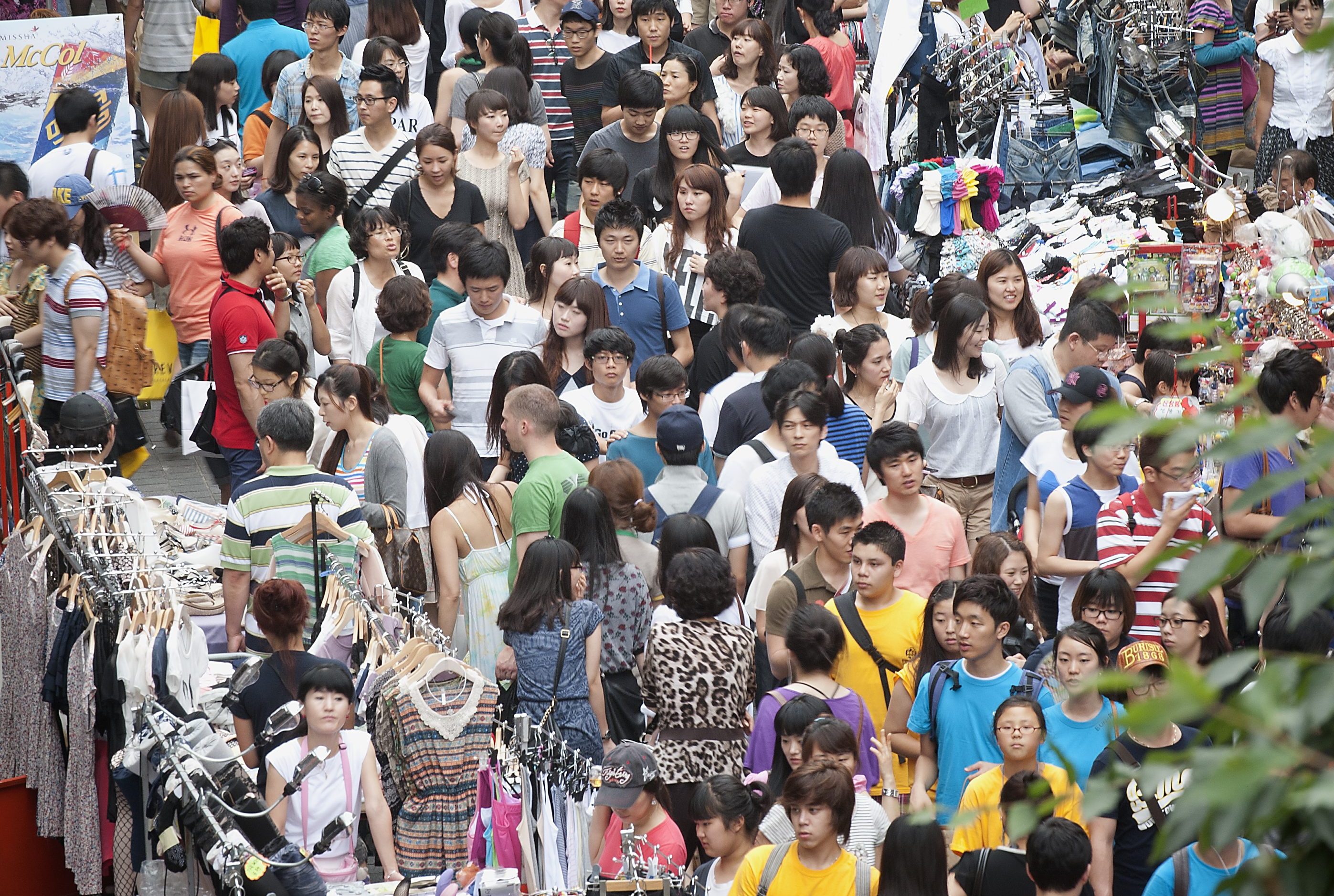 Below follows an abstract of the lunch lecture Ms Irene Wintermayr (ILO) gave on 24 May 2017. The lecture was organized by the United Nations Association Flanders Belgium (VVN) and the Leuven Centre for Global Governance Studies. It took place at the United Nations Regional Information Centre (UNRIC) in Brussels. We are grateful to Ms Wintermayr and ILO for taking the time to give this lecture and to UNRIC for its generous hospitality.

Before I start my presentation, allow me to say a few words about the ILO.
The ILO is a specialized agency of the UN System with a tripartite structure involving 187 member states as well as workers and employers’ organizations. It is a normative organization which sets international labour standards for the world of work. These standards take the form of Conventions – which once ratified by a member state become binding – and Recommendations which are not binding. The countries that have ratified ILO instruments must regularly report on the implementation. These reports are examined and discussed by a sophisticated supervisory system. Further, the ILO carries out a number of technical assistance programmes, research work and policy recommendations that are of relevance to the world of work.

My presentation today is structured around three parts. First, I will give details about the ILO definition of forced labour. Then I will discuss the scope of the problem and finally look at potential solutions.

What is forced labour?

There is a variety of terms related in one way or the other to forced labour. People often talk about slavery, modern slavery, human trafficking, bonded and forced labour. Some of these terms are legally defined in international Treaties. Trafficking in human beings for example is defined around three criteria, namely an act, a means and a purpose.

The definition of slavery dates from 1926. The UN Convention of 1956 on slavery sets out what bondage and servitude are. The ILO Convention on forced labour defines this concept. Yet, there are other terms or expressions such as modern slavery, which have not been legally defined. They are sometimes used as umbrella terms, or as a way to remind people that slavery is not only a practice of the past.
In some cases, these different concepts might overlap. For example, a Nepalese domestic worker in Jordan who is not paid, beaten and not allowed to leave, might be a victim of trafficking under the Palermo Protocol, but he or she could also be a victim of forced labour under the ILO Convention.

Additionally, international definitions might lead to different treatments across countries. For instance, a victim of trafficking under the EU anti-trafficking Directive has a number of rights. In Belgium, these include the right to a residence permit, social assistance and legal aid. A victim under the ILO Convention on Forced Labour would not as such be entitled to these rights but the Convention requires ratifying states to make forced labour a criminal offense and impose sanctions. Please note however that in 2014 a Protocol was added to the ILO Convention bringing in a victim assistance package. You are invited to join the campaign for the ratification of the Protocol by clicking here.

With regards to the ILO definition, two criteria need to be fulfilled in order for a case to constitute forced labour. The first is the absence of consent which means that a worker entered an employer-worker relationship involuntarily or by deception. The second element is coercion through which the worker is unable to leave the employer-worker relationship. This can be the case when the worker is locked up, beaten but also when he or she is threatened. In reality, it is not always easy to distinguish between situations of forced labour or severe exploitation. Yet the rights of the victim will be very different in each situation.

Based on this ILO definition, there are different ways of ending up in a situation of forced labour. Being born as a slave is one way. Bonded labour is another. This typically involves a worker accepting an advance payment or a loan. But the conditions of the loan are such that the worker is unable to pay it back. In Europe, there are cases of migrant workers being trafficked under the false promise of a decent job.

What is the scope of the problem?

The often hidden nature of forced labour makes the collection of data a difficult exercise. Two sets of data are commonly used: 1) administrative data collected by national statistical authorities and 2) estimates that try to capture the extent of cases that are not reported to public authorities.

Based on administrative data, the 2016 UNOSG report identified about 63,000 victims of trafficking (also covering forced labour) worldwide with a majority of women. Only in Central and Eastern Europe more men than women were found to be the victims of trafficking. Interestingly, this is also the region with more women than men perpetrators being convicted.
Eurostat figures covering the period 2013-2014 report about 16,000 victims of trafficking in the EU with a majority of women. Interestingly, most victims are EU nationals from Romania, Bulgaria, the Netherlands, Hungary and Poland.

The ILO has published estimates, the other category of data that tries to capture the hidden dimension. They indicate that between 2002 and 2011, 20.9 million people were in a situation of forced labour, including more women than men. The profits generated by forced labour were estimated at 150 billion dollars annually. This is more than the national GDP of low income countries. According to these estimates, 90% of the victims are exploited in the private economy.

The sectors most affected are domestic work, construction, agriculture and manufacturing and for sexual exploitation, it is prostitution. In most cases of sexual exploitation, the victim has been moved, whereas in the case of labour exploitation there is a fair chance that the victims are being exploited where they live. Unfortunately, the rate of prosecution for identified cases remains very low making forced labour a low risk/high profit undertaking.

How can we tackle forced labour?

Measures can be split into three categories:

The Palermo Protocol supplements the Convention on Transnationally Organized Crime. It focuses on the crime, the victim and the prosecution and conviction. For the criminal justice response to be effective, labour inspectors, migration and police officers as well as judicial staff should be trained so as to be able to detect potential cases of forced labour. Institutional cooperation within and between countries would also need to be improved. With a specialized police force, specialized labour inspectors and labour prosecutors, Belgium is a good example.

Forced labour hardly takes place in isolation. It is linked to other abuses. Adopting an integrated approach to address structural causes is essential to eliminate forced labour.

Discrimination is an important factor. In India for instance, Dalits – who form the lowest caste – are overrepresented among the victims of forced labour. Addressing structural discrimination against particular groups is therefore of particular relevance in order to eliminate forced labour.

Another systemic cause for bonded labour relates to poor social infrastructure and the lack of access to formal credit. This is best illustrated by farmers who have lost their harvest and have no choice but to accept the worst conditions for a loan from unscrupulous lenders.

A third structural cause relates to migration policies. When the residence permit is tied to a particular employer, the worker cannot resign or leave their employer without taking the risk of being undocumented or deported. This creates structural vulnerability opening the door to all kinds of abuses. These are structural issues that need to be addressed.

While we should not overlook situations of forced labour in global supply chains, it is important to recognize that most forced labour takes place outside these chains. Nevertheless, a lot of attention has been paid to this issue.

The Principles on Business and Human Rights provide useful guidance to address the situation of forced labour in the supply chains. The UK Modern Slavery Bill requires companies to report on their actions regarding the elimination of modern slavery. In the EU, the recently adopted Regulation on Conflict Minerals which requires importers of minerals to carry out due diligence in their supply chains is another example. France took a leading role in making it compulsory for companies to check their supply chains. Similar legislation is being discussed in other European countries. In Brazil, the National Pact for the Eradication of Forced Labour is a multi-stakeholder initiative whereby companies found to be involved in forced labour are put on a publicly available list.

The ILO Declaration on Multinational Enterprises and the helpdesk for businesses are other interesting tools that can help companies address issues related to forced labour in their supply chains.

To conclude, let me stress that the new Sustainable Development Goals (SDGs) adopted in 2015 include a target (number 8.7) which requests governments to eradicate forced labour, end modern slavery and human trafficking and secure the prohibition and elimination of the worst forms of child labour. To support the achievement of this target, the ILO is facilitating the creation of an inclusive global partnership called the “Alliance 8.7” aimed at bringing together all stakeholders to share knowledge and test innovative solutions.